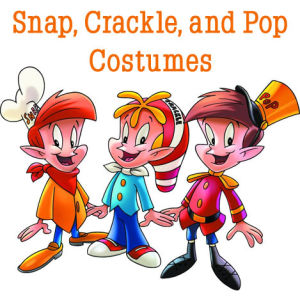 A goofy labeled hat, elvish ears, and some other basic things, and you’re good to go as the Rice Krispies trio – Snap, Crackle, and Pop. Guys and girls alike can wear this delicious group costume!

Dress up as Snap

The Chef. Snap’s basic costume is patterned after a chef so it’s pretty easy to look for all the elements you need. For the footwear: try wearing yellow chef shoes. 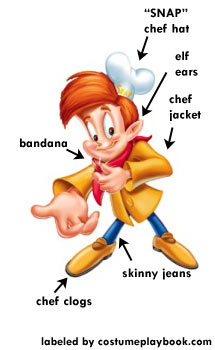 Dress up as Crackle

The one with the Crazy Hat. The most distinctive aspect of Crackle’s costume is his floppy red and white striped hat, which reminds me of a Christmas Elf! He wears red/white sneakers, to tie with the motif of his hat. He has blonde hair. 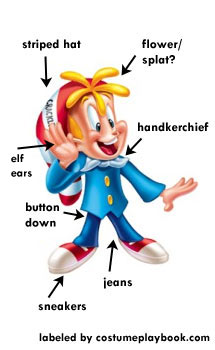 Dress up as Pop 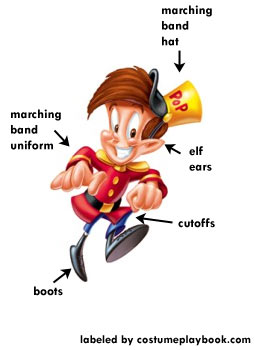 The Evolution of Snap, Crackle, and Pop

The Three Krisp-eteers over the Years

In the 1930s the mascots looked more elfish, with exaggerated noses: 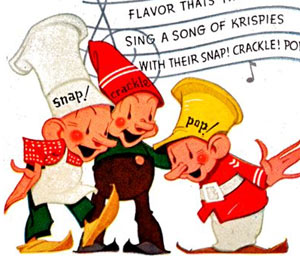 1930 Pop doesn’t have much of a marching band / military look yet: 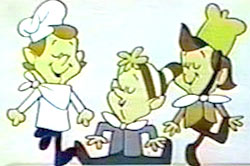 Their outfits begin to look more like the modern-day mascots 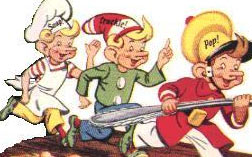 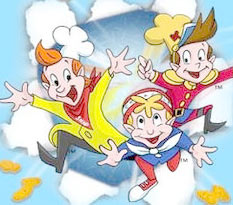 prior-to-modern.jpg This was the look prior to the modern one, as you can see it looks pretty much like the current one as well

Other Costume Ideas from Food 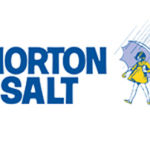