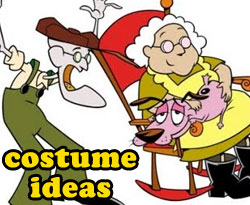 Here’s a couple costume idea with a horror flair! Dress up as Muriel and Eustace, a couple who lives in a farm in the middle of nowhere. Everything looks peaceful until some thing or creature shakes things up. Lucky for them they have an ever loyal dog who soldiers on despite his cowardice!

Dress up as Muriel Bagge

Muriel is a sweet old Scottish lady with a bit of bad luck when it comes to running into dark and paranormal situations. She is almost always the victim of the ordeal, oh my! Thankfully, Courage always comes to her aid – her canine knight in shining armor. As an additional prop, you can bring a rolling pin, which she sometimes uses to hit her husband when he is treating Courage badly. 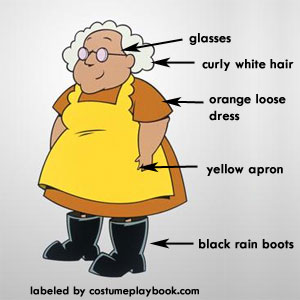 Dress up as Eustace Bagge

Eustace is the exact opposite of his wife. He’s grumpy, self-centered, and hates Courage, who he calls a “Stupid Dog!” He even has a spooky mask to scare the canine off! OOGA BOOGA BOOGA! Honestly, whenever he gets into trouble, I sometimes hope Courage doesn’t help him out, though Muriel would be greatly upset when that happens as she loves Eustace very much. 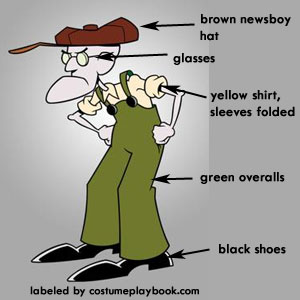 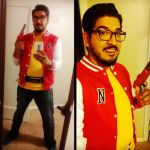 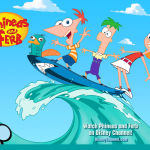