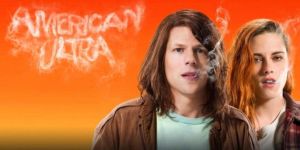 What could be a more fun and easy matchy couple costume than the outfits of the plaid-wearing, always-high, super agent Mike and girlfriend Phoebe from American Ultra?

Dress up as Mike (Jesse Eisenberg), the convenience store clerk turned super government agent who can use a simple spoon to kill an enemy!

Some extra props you can bring: cigarette or a bloody spoon 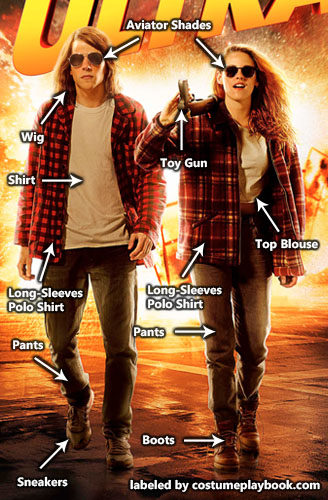 A close look at his name tag (bloody nose optional): 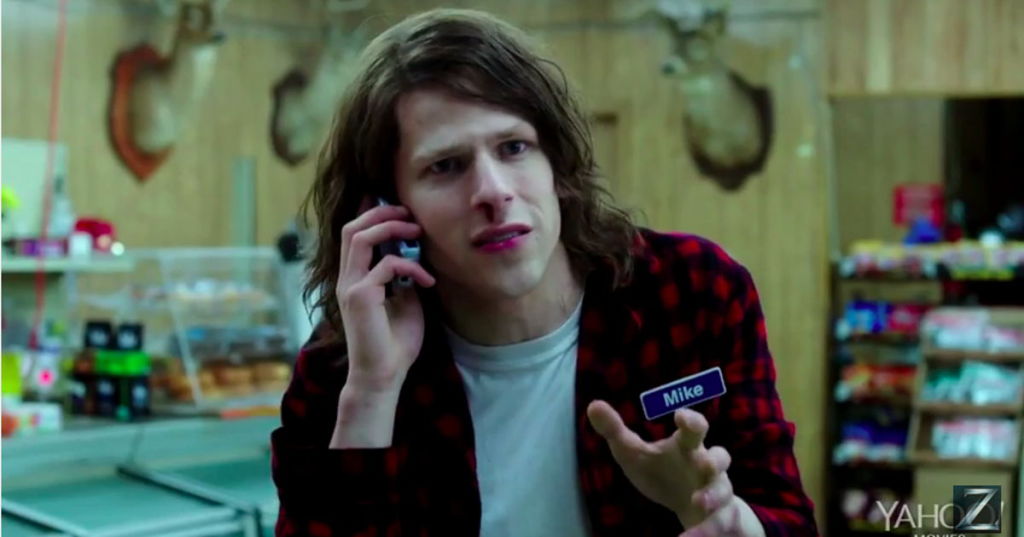 Dress up as Mike’s girlfriend (played by Kristen Stewart), Phoebe and get in on the super secret government agent action!

A close look at her multi-colored hair: 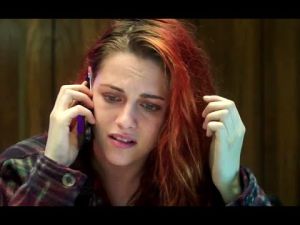 If you haven’t watched it yet, you should do that now! 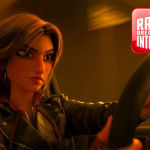 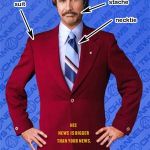