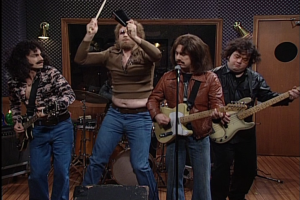 We need more Cowbell! Dress up as Bruce Dickinson (Christopher Walken) and Gene Frenkle (Will Ferrell) in one of the most beloved SNL skits of all time.

Bruce got a fever! And the only prescription is more cowbell! Bruce is just like any guy who puts his pants on one leg at a time. With a small exception – once he puts his pants on, he makes gold records. To dress up as Christopher Walken’s Bruce Dickinson, all you need is a slicked back hairdo, a few digs, and that awesome conviction! 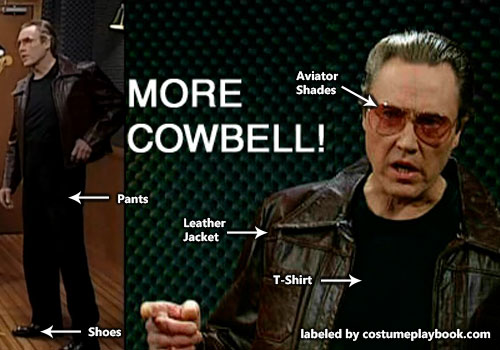 Dress up as Gene Frenkle (Will Ferrell)

Blue Oyster Cult’s best asset, according to Bruce Dickinson, happens to be the cowbell player (cowbell-ist?) Bring your cowbell and dress up as this fun character! Optional but will definitely be a riot: show off your midriff just like he does when he starts going crazy with his musical instrument 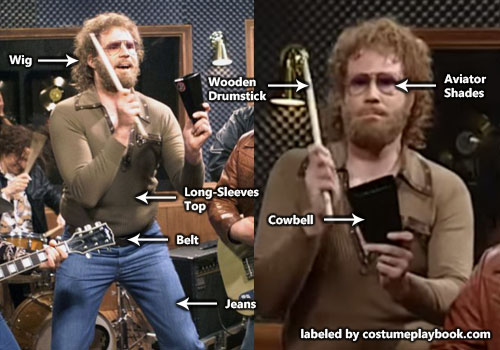 Show off his belly:

A look at his belt: 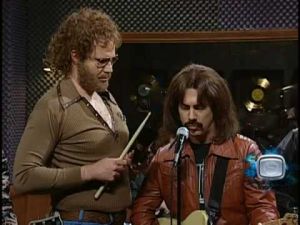 Trivia: this skit is so iconic that it was referenced again in a recent Jimmy Fallon Tonight Show skit, featuring Will Ferrell and Red Hot Chili Peppers’ Chad Smith. The drum-off ended with Will Ferrell getting hold of a cowbell and the Red Hot band playing the same Blue Oyster Cult tune “(Don’t Fear) The Reaper” played in the SNL skit. Check out the video here: 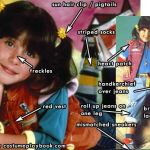 Dress up as Punky Brewster 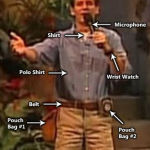 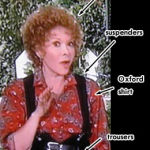