Dress up as Sanosuke Segara 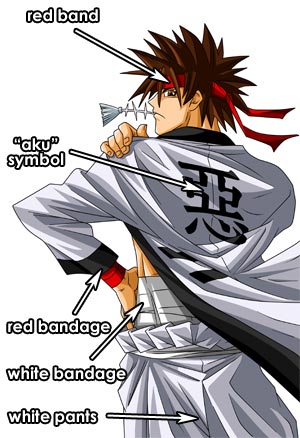 Sanosuke is my favorite character in the anime! Not only does he have a very good seiyuu (voice actor) – even in the English dubbed version, he also had a very big personality that was immediately seen when he first graced the show with his equally big weapon. As the anime progressed, we also got to see a lighter side of him. (picture taken from http://dbcproject.deviantart.com/art/Sanosuke-Sagara-184064426)

The movie version of Sanosuke wears the exact same outfit and is the comic relief throughout the film. I hope they add more of his serious side in the third movie!

Have your best friend dress up as Kenshin Himura

This is the Chinese character that is written on the back of Sanosuke’s outfit: 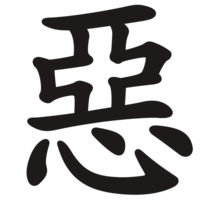 Click on any of the characters below to view their costume guides.

Costumes from Cloudy with a Chance of Meatballs 1 and 2 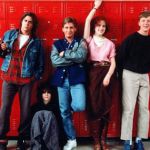 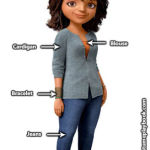